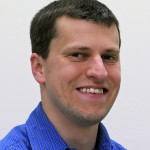 Senior Materials Engineer, Dan Grice, will be speaking at the Minnesota Microscopy Society Spring Symposium this Friday, May 5th on microbiologically-influenced corrosion.

Although one of the least-known and least-understood corrosion mechanisms, microbiologically-influenced corrosion (MIC) is among the most damaging in terms of total cost to society. Recent estimates indicate that the annual cost of corrosion in the United States is around $300 billion, and as much as 20% of that cost can by attributed to MIC. For the most part, microorganisms do not actually consume the metal, but rather create an environment that fosters the corrosion processes. Microorganisms, including bacteria, fungi, and microalgae, can accelerate the rates of corrosion processes or change the dominant corrosion mechanism through their presence and metabolic processes. MIC has been reported for almost all significant metal alloy systems and in applications including seawater, potable water, hydrocarbon fuels, food processing and sewage. This presentation will cover the mechanism for MIC, some of the significant organisms, methods for diagnosing the problem, and some of the mitigation techniques