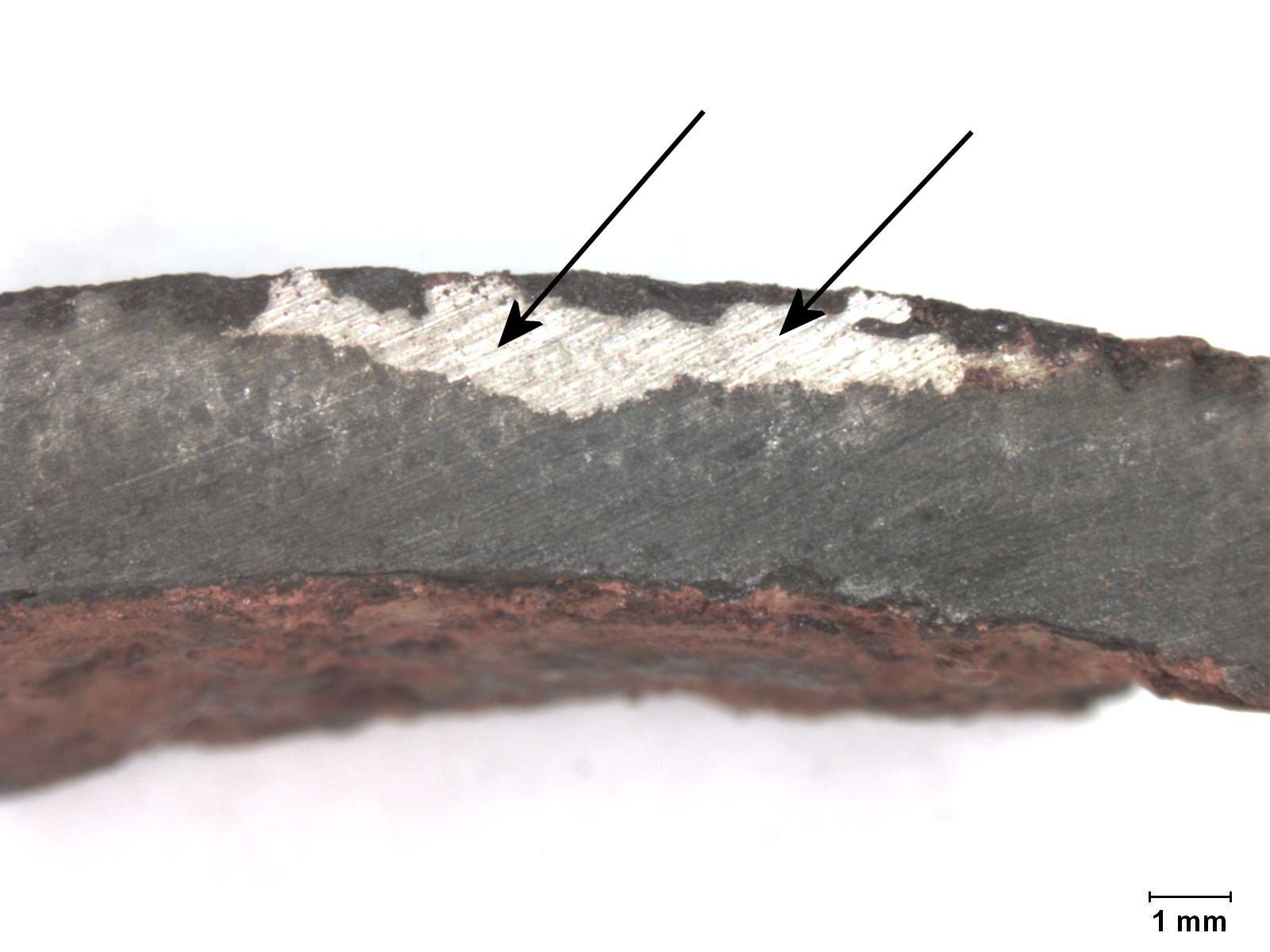 A corrosion investigation was requested for a sanitary sewer vent pipe that had been in service for approximately 40 years. The objective of the evaluation was to determine the corrosion mechanism for the pipe and possible causes of the corrosion. As such, no material specifications were available, but the internal environment was reported to consist primarily of moist air. Visual examination, metallurgical examination, and energy dispersive x-ray spectroscopy (EDS) analyses were employed to aid in identifying any material or service conditions that could have contributed to the corrosion.

Metallographic examination indicated that the wall thickness did not appear to be locally reduced. However, the majority of the wall consisted of a black nonmetallic material, with occasional small ligaments of intact pipe material near the outer surface. (arrows in cross section image point to remaining base metal.)  The microstructure for the intact pipe material consisted of graphite flakes in a pearlite matrix, which is consistent with a typical gray cast iron structure. Thus, no material or manufacturing anomalies were observed that would indicate improper processing of the pipe material. 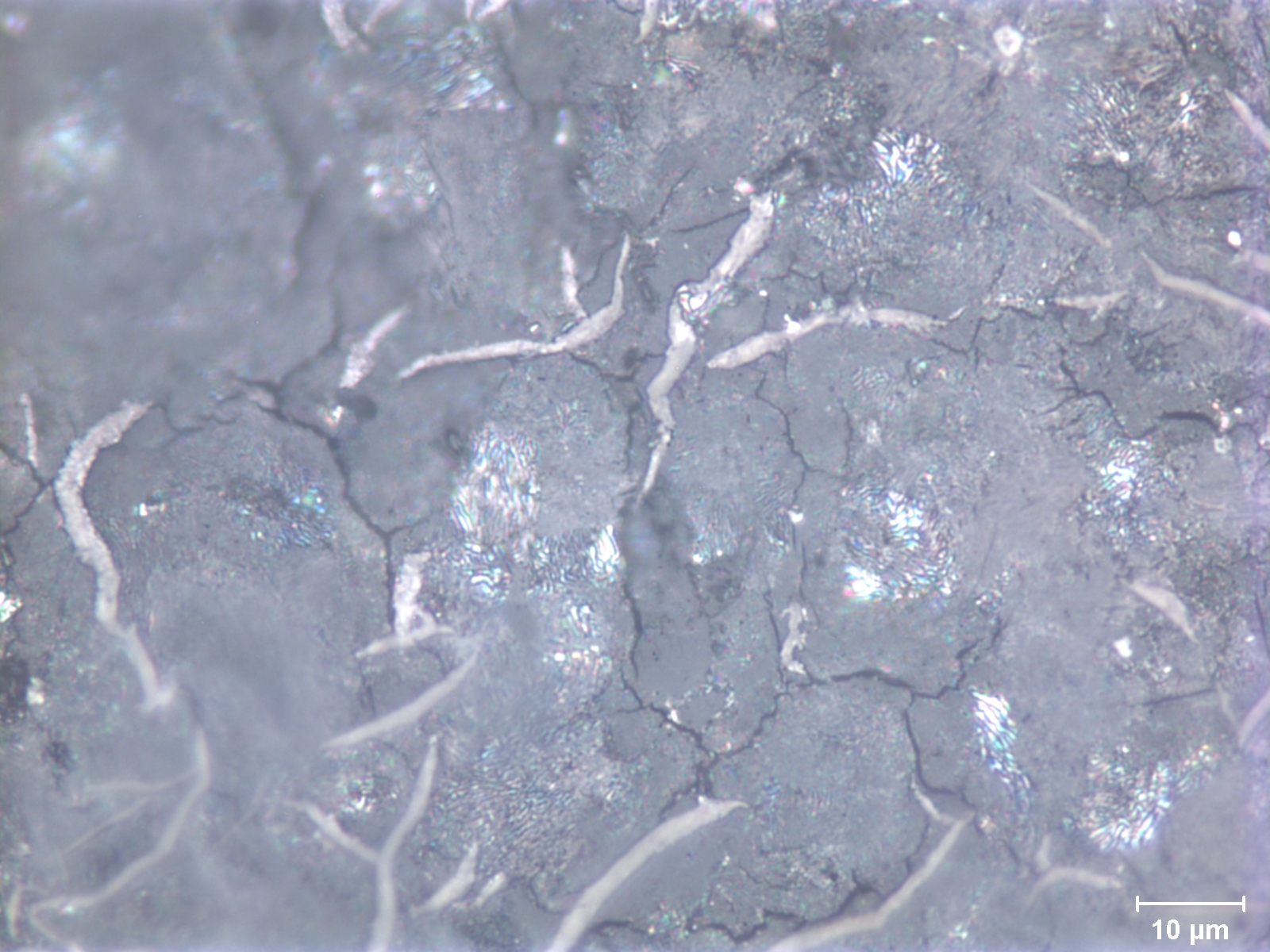 Graphite flakes were also observed within the black nonmetallic material. This appearance is characteristic of graphitic corrosion, in which the graphite flakes within the cast iron microstructure essentially create a corrosion cell with the iron-based matrix. In the presence of an electrolyte (i.e. moisture), preferential corrosion of the iron matrix can occur.

EDS analysis of the inner surface of the pipe detected primarily iron, oxygen, and sulfur. Sulfur-based compounds are known to promote graphitic corrosion of gray cast iron, and thus were likely a contributing factor in the pipe corrosion.

It was recommended that a material with greater corrosion resistance be used in this application to extend the service life if the environment could not be mitigated. In addition, it was recommended that any similar pipes in similar service be evaluated, as graphitic corrosion typically retains the pipe geometry, but severely reduces it’s strength.