This case study investigates the failure of multiple type 304 stainless steel perforated plates from a natural gas fired boiler. The plates were part of a baffle for an exhaust duct that was expected to operate between about 1100 - 1200°F. The objectives of the investigation were to determine the failure mechanism for the plates, and to identify any material, manufacturing, or service conditions that could have contributed to the failures. Visual inspection, scanning electron microscopy (SEM), energy dispersive x-ray spectroscopy (EDS), and metallographic examination were used to conduct the analysis. 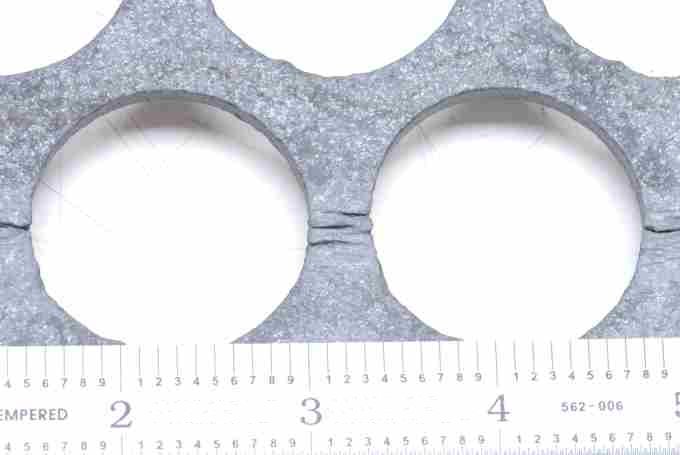 The plates had numerous cracks in the ligaments between the perforations on both upstream and downstream sides (relative to the gas flow). The cracks were typically parallel to reinforcing strips welded to the downstream side of the plates and there was usually more than one crack per ligament. The macroscopic appearance was consistent with a corrosion fatigue mechanism.

In a cross section, the cracks were generally straight, unbranched, perpendicular to the original surfaces of the plate, and filled with iron oxide scale. These features were consistent with a progressive fracture mechanism in an oxidizing environment, such as corrosion fatigue. However, the extent of the corrosion on the crack surfaces precluded a conclusive determination of the fracture mechanism for these plates by SEM.

Corrosion fatigue requires a source of cyclic tensile stress above the endurance limit of the material in a corrosive (oxidizing) environment. As the crack is progressively opened with each cycle, fresh plate metal is exposed and a new layer of oxide scale is formed. The larger volume of iron oxide (as compared to steel) increases the local stress at the crack tip, perpetuating the crack.

The typical microstructure for the plates consisted of equiaxed austenite grains, which was the expected microstructure for a austenitic stainless steel alloy, such as type 304. However, there was an unusually high concentration of carbides. These carbides became more concentrated in a gradient toward the original outer surfaces of the plates. This gradient distribution and high concentration of carbides is characteristic of degradation by carburization.

Laboratory-created fractures of the (inherently ductile) stainless steel plate material had a faceted texture characteristic of intergranular fracture – a brittle fracture mechanism. As carbon diffused into the steel, it reacted with alloying elements and formed carbides, particularly at the material grain boundaries. The precipitation of carbides at the grain boundaries reduced the strength of the plate material, decreasing its resistance to fatigue fracture by cyclic thermal or bending stresses encountered during service.

In summary the fracture mechanism for the plates was corrosion fatigue. However, carburization of the plate material during service had reduced the strength of the plates, causing them to be uncharacteristically susceptible to fatigue fracture. Decreasing the carbon potential of the exhaust gas, reducing the temperature, or using a more carburization resistant alloy was recommended to reduce the risk of future similar failures.

While determining the failure mode is an important step in any fracture investigation, there is often an underlying cause that may be of greater importance to mitigating or preventing similar failures. 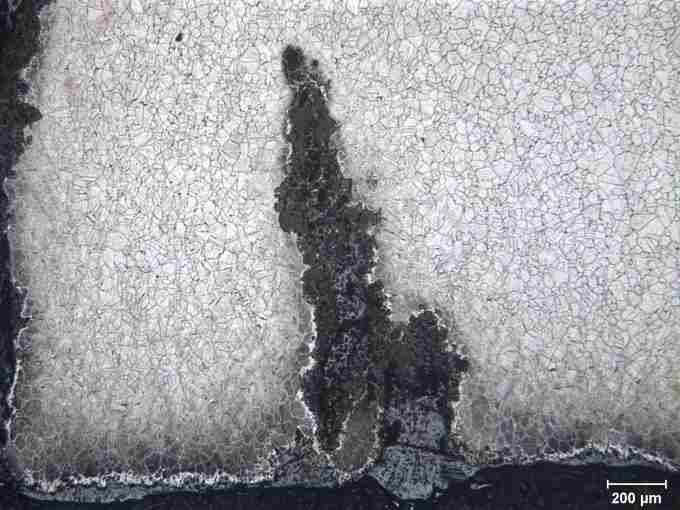 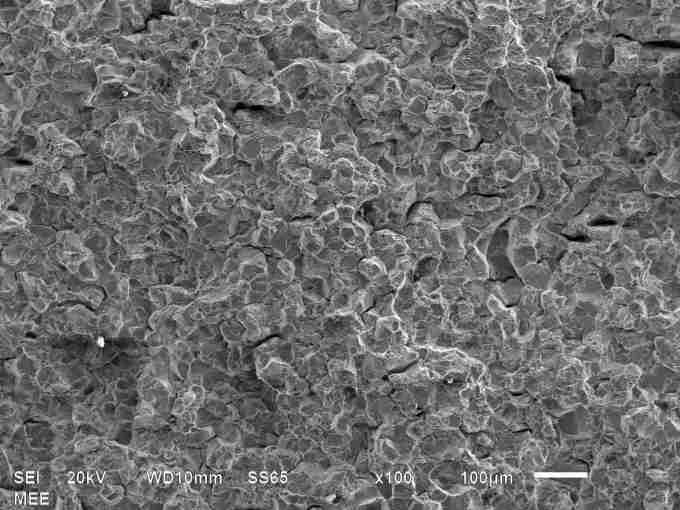