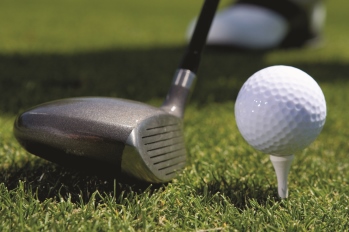 Following an accident on a public golf club, an injured golfer filled suit against the club alleging negligence in fairway maintenance. The injured party sustained serious wounds to his face and chest - requiring emergency medical treatment including over 300 stitches. His injuries occurred from his face striking a golf cart tire and a chest puncture by a fractured club shaft.

Plaintiff alleged that he fell after stepping into a deep rut in the poorly maintained fairway. The shaft of the pitching wedge that he held by the club head buckled and fractured when it jammed into the ground as he fell. The short end of the broken shaft, attached to the club head, flipped around and impaled into his chest. The trauma from this injury prevented him from protecting his face from impact with the cart tire.

Forensic investigation revealed several inconsistencies with the plaintiffs deposition testimony. First, the rut and the apparent position of the golf cart were more widely separated than seemed reasonable for the alleged scenario. Second, buckling in the direction that resulted in the shaft fracture would have required extraordinary hand strength to have occurred per testimony. 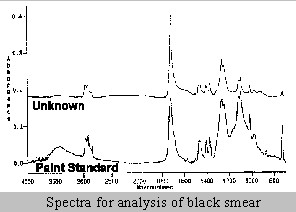 Laboratory analysis provided conclusive evidence of fraud. The shaft was slightly indented in two locations - about one inch on either side of the fracture. There was a faint smear of black material within each dent. Analysis showed that the black material was paint.

Laboratory simulation tests proved that the fracture, dents, and paint smears could be reproduced by swinging a golf club and striking a black-painted square tubing - such as those supporting the canopy on every golf cart at this club. Furthermore, a golf club broken in this manner boomeranged the broken club head directly back at the swinger.

As any golfer would know from the start, the club failure and injuries were due to the uncontrolled anger of a frustrated hacker. Forensic engineering analysis provided the necessary evidence to prove the case.